Captain "Sully" On Trump: Vote Him Out! 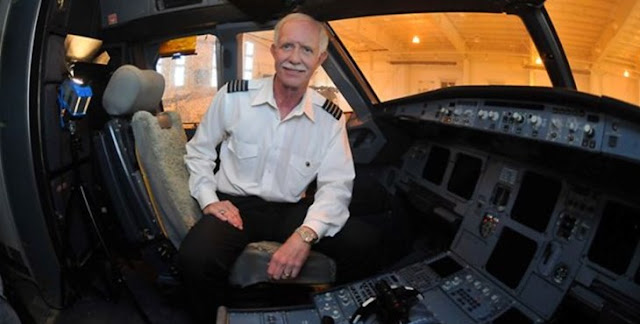 This is a harsh takedown of the President by hero Pilot Captain Chesley “Sully” Sullenberger! He calls out Trump for what he is. To quote "Sully", "Donald Trump has failed us so miserably!" In the final seconds of the ad, he says what we all need to do. "Vote him out!"

Via The Lincoln Project:

WASHINGTON, DC – In a new national television ad, today, Chesley “Sully” Sullenberger tells Americans that we are in control of our own destiny and government, and can return it to a state of unity and responsibility, by voting out Donald Trump. In a stinging indictment of Trump’s failures, Sully adds that Americans must vote on behalf of the quarter-million who will have died of COVID-19 by Election Day.

In the ad, Sully says, “Leadership is not just about sitting in a pilot’s seat. It’s about knowing what you’re doing, and taking responsibility for it. Being prepared, ready and able to handle anything that might come your way. I’ve been flying over this country for fifty-three years. Fifty-three years of flights you’ve never heard about, and one that you’ve heard everything about.”

News footage from his emergency landing on the Hudson plays, and he continues, “My whole life prepared me for that moment. From my father, a Naval officer in World War II, I learned the awesome responsibility of command. From my service as an Air Force officer and a fighter pilot, I knew that serving a cause greater than one’s self is the highest calling. And its in that highest calling of leadership that Donald Trump has failed us so miserably. Now, it’s up to us to overcome his attacks on our very democracy. Knowing nearly a quarter-million Americans won’t have a voice – casualties of his lethal lies and incompetence. Eleven years ago, I was called to my moment. Now, we are all called to this moment. When you look down at our beautiful, boundless country, you don’t see political divisions. It reminds us of who we are and what we can be. That we are in control of this nation’s destiny. All we have to do is: Vote. Him. Out.”