Cardinal Dolan: Gays Only "Entitled To Friendship", Not Marriage

It's quite interesting and amusing to watch the parallels of the Catholic leadership's and the GOP's inability to "evolve" quickly enough to keep up with the dramatically shifting opinion on gay marriage.  Cardinal Dolan does not speak for the majority of his U.S. congregation.

Cardinal Timothy Dolan told ABC’s This Week on Sunday that gay people are entitled to “friendship” but not a long-last romantic relationship in the eyes of the Catholic Church.
Appearing on the program following oral arguments at the Supreme Court challenging the constitutionality of two laws targeting gay and lesbian couples, Dolan said that the Church should treat same-sex couples with love, while reminding them that “sexual love…is intended only for a man and a woman”:

GEORGE STEPHANOPOULOS (HOST): And you know, especially this week – because it’s been at the top of the news – for many gay and lesbian Americans –– gay and lesbian Catholics, they feel unwelcome –– in the Church. And what do you say as a minister, as a pastor – to a gay couple that comes to you and say, “We love God. We love the Church. But we also love each other, and we –– want to raise a family in faith. What do you say to them?
DOLAN: Well, the first thing I’d say to them is, “I love you, too. And God loves you. And you are made in God’s image and likeness. And – and we – we want your happiness. But – and you’re entitled to friendship.” But we also know that God has told us that the way to happiness, that – especially when it comes to sexual love – that is intended only for a man and woman in marriage, where children can come about naturally. We gotta be – we gotta do better to see that our defense of marriage is not reduced to an attack on gay people. And I admit, we haven’t been too good at that.

Another Anti Gay Pope Is Chosen...Surprise!!!


He strongly opposed legislation introduced in 2010 by the Argentine Government to allow same-sex marriage. In a letter to the monasteries of Buenos Aires, he wrote: "Let's not be naive, we're not talking about a simple political battle; it is a destructive pretension against the plan of God. We are not talking about a mere bill, but rather a machination of the Father of Lies that seeks to confuse and deceive the children of God." He has also insisted that adoption by homosexuals is a form of discrimination against children. This position received a rebuke from Argentine president Cristina Fernández de Kirchner, who said the church's tone was reminiscent of "medieval times and the Inquisition".

Don't you just hate when this happens?


A day ahead of the papal conclave, faces at the scandal-struck Vatican were even redder than usual after it emerged that the Holy See had purchased a €23 million (£21 million) share of a Rome apartment block that houses Europe’s biggest gay sauna.

Oh, how very awkward. While the Church is busy spending so much of its time shaking its bejeweled fist at The Gays, turns out the Church accidentally—accidentally, you guys, accidentally!—invested in some fabulous gay real estate. So how did this happen?

The senior Vatican figure sweating the most due to the unlikely proximity of the gay Europa Multiclub is probably Cardinal Ivan Dias, the head of the Congregation for Evangelisation of Peoples, who is due to participate in tomorrow’s election at the Sistine Chapel.
This 76-year-old “prince of the church” enjoys a 12-room apartment on the first-floor of the imposing palazzo, at 2 Via Carducci, just yards from the ground floor entrance to the steamy flesh pot. There are 18 other Vatican apartments in the block, many of which house priests. 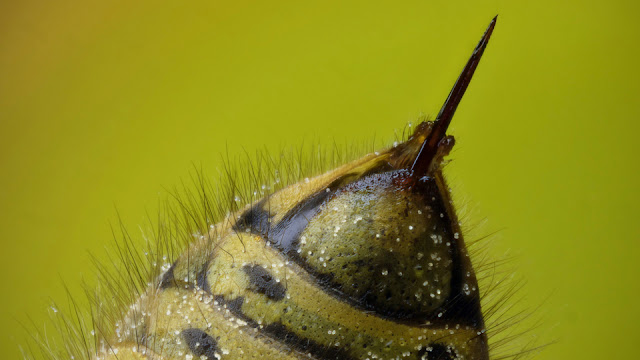 Anti Gay UK Cardinal Admits To Being A Closet Case

Once again, an outspoken homophobe admits to being a closet case.  This time, it's the head of the Catholic church in the U.K.  He joins a long list of anti gay closet cases.
Via Huffington Post:

Cardinal Keith O'Brien, who was forced to resign by the pope last week, has made a dramatic admission that he was guilty of sexual misconduct throughout his career in the Roman Catholic church.

In a short but far-reaching statement issued late on Sunday, the 74-year-old stated that "there have been times that my sexual conduct has fallen below the standards expected of me as a priest, archbishop and cardinal".

The former archbishop of St Andrews and Edinburgh, and until recently the most senior Catholic in Britain, apologised and asked for forgiveness from those he had "offended" and from the entire church.

O'Brien was forced to resign last week by Pope Benedict XVI, barely 36 hours after the Observer disclosed that three serving priests and a former priest were accusing him of "inappropriate acts" against them nearly 30 years ago, in a formal complaint to the pope's ambassador to the UK.

The cardinal had "contested" those allegations, while his officials said he was taking legal advice.

But now O'Brien has effectively admitted he had been breaching the church's strict rules on celibacy and its bar on homosexuality since he became a priest – and during his 10 years as a cardinal.

Let's see what the Cardinal has said about homosexuality before he admitted to craving cock.

In May 2005 he told members of the Scottish Parliament that homosexuals were “captives of sexual aberrations”, comparing homosexuals to prisoners in Saughton jail. In January 2006 he criticised Westminster MPs over the introduction of civil partnerships in the UK, and Holyrood members over the liberalisation of divorce laws in Scotland, In July 2006 he opposed proposals to change the law which would require Catholic adoption agencies to place children with homosexuals in the same way as with heterosexuals, calling them totalitarian.[dubious – discuss] In 2011 he criticised “aggressive secularism” denouncing what he claimed was the way Christians had been prevented from acting in accordance with their beliefs because they refuse to endorse such lifestyles.

On 5 March 2012, O’Brien criticised the concept of same-sex marriage on BBC Radio 4, saying it would shame the United Kingdom and that promoting such things would degenerate society further.

I can't say for sure.  I have no proof one way or another.  However, studies show that many men who express homophobia tend to have same sex attraction.  When a "straight" guy goes out of his way to scream how much he opposes gay rights, its as if he is announcing to the world that he secretly craves cock.  I don't know if this is the case for Seth Groody.  I can say that it makes me question his motivations for being so openly homophobic.  Most straight guys, who are secure in their heterosexuality, don't act like Seth has acted.  It makes me wonder whether Seth will soon join the long list of closet-case anti gay hypocrites.

A US high school is no longer forcing a student to do away with his anti-gay apparel.Seth Groody of Wolcott High School in Connecticut was originally requested by his school  to remove an anti-gay t-shirt he wore on last year's 'Day of Silence', a new campaign to raise awareness of discrimination and bullying against gay, lesbian, bisexual and transgender students. The front of Groody's shirt had a slash across a rainbow and immediately caught the attention of the school's administrators.

Groody was originally threatened with suspension for wearing the shirt, but when the American Civil Liberties Union (ACLU) threatened to sue the school for infringing on the student's constitutional right to free speech, Wolcott High School backed down. The school decided this month to allow Groody to wear the shirt as he pleases.

In an interview with NBC Connecticut, Groody said he and his friends intend to wear the shirts on the upcoming National Day of Silence recognized on 19 April.

'I just don't approve of gay marriage, and that is what I was advocating on that day,' Groody said.

'I was expressing my views I was against that'.

It is sad to see this man, who stood up for worker's rights and was a hero to so many, now spouting anti gay hate speech!
Via The Guardian:

A national committee devoted to fighting hate speech and other crimes in Poland has filed a complaint with prosecutors in Gdansk accusing Lech Walesa of promoting a "propaganda of hate against a sexual minority", after the Nobel peace prize-winner said gay people had no right to a prominent role in politics.

Walesa said in a television interview on Friday that he believed gay people had no right to sit on the front benches in parliament and, if there at all, should sit in the back "or even behind a wall".

"They have to know that they are a minority and adjust to smaller things, and not rise to the greatest heights," he told the private broadcaster TVN during a discussion of gay rights. "A minority should not impose itself on the majority."

Walesa, Poland's first democratic-era president, is a deeply conservative Roman Catholic and a father of eight who has never advocated progressive social views. The democracy he helped create in 1989 from the turmoil of strikes and other protests has, however, been undergoing a profound social transformation in recent years.