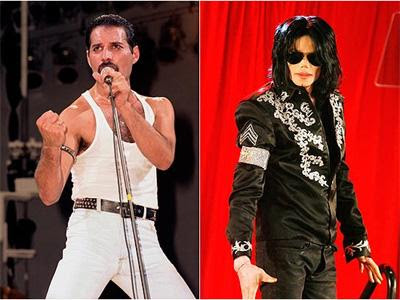 O.K. This could be really cool... I was a big fan of The Beatles releasing the John Lennon Demos (Free As A Bird etc...) because they took their time and did it right.  I'm looking forward to hearing the finished product!


According to The Sun, Queen’s Brian May and Roger Taylor have been given permission by the Jackson estate to work on material recorded by the late legendary singers.

"The Michael Jackson estate are happy for us to go ahead with the music,” said Brian May. "But it's not something that we can rush."
The demos were recorded at Jackson’s house in 1983 while Queen was touring America and their release has been hotly debated. However, May assures fans the tracks will be handled with respect and integrity rather than cranked out for quick cash.