Republicans Are On The Attack Against Gay Rights 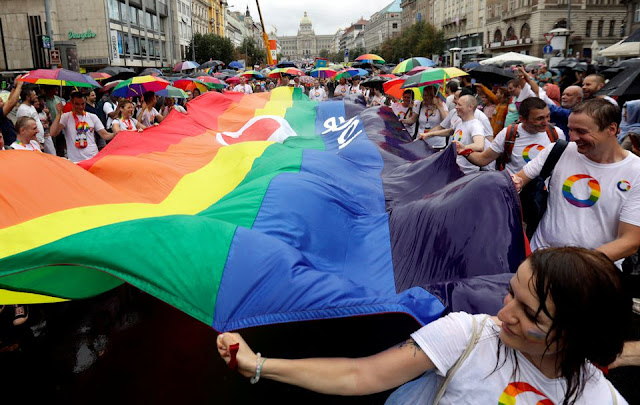 Unless you been under a rock, you must have noticed the many news stories about how conservative Republicans have been attacking the LGBTQ community. They have either proposed or passed hundreds of State bills, attempting to roll back Gay and Trans rights all over the Country. So has Charles Blow, in a scathing New York Times Editorial titled "The G.O.P. Tries to Build a Gay Ghetto".

This past weekend, the Republican Party in Texas voted on an outrageous platform that not only denies the results of the 2020 presidential election, but also rejects gay marriage and seeks to “protect” minors until they turn 17 against “predatory sexual behaviors,” such as drag queens reading stories aloud to children.

Drag queens are predators, trans women are a threat and gay marriage is a violation of the “natural order”: This is all part of the widening and re-energized attack by Republicans on L.G.B.T.Q. people and culture in the wake of the Supreme Court’s 2015 ruling in Obergefell v. Hodges guaranteeing a right to same-sex marriage.

Seriously! Drag Queens reading children's books is what they see as a threat!

It hasn't been an attack on the State level. When Trump was in office, he said one thing and did another!

Among Trump’s exhaustive list of transgressions against gay people were his administration’s attempts to literally erase them by trying to block new questions about sexual orientation from the census and trying to define transgender people out of existence, proposing to “define sex as either male or female, unchangeable, and determined by the genitals that a person is born with,” according to The New York Times.

Now, with a 6-3 majority conservative Supreme Court, I worry that they too will get in on the act of chipping away at the rights we've secured over the last several decades!!

Opponents of gay rights saw that as judicial overreach. And now, Kennedy has been replaced by Brett Kavanaugh, who refused during his confirmation hearing to say whether he thought the gay marriage case was correctly decided. Amy Coney Barrett has also joined the court, replacing another justice who was in the gay marriage majority: Ruth Bader Ginsburg. During a 2016 lecture, Barrett seemed to defend the justices who dissented in the gay marriage case and questioned whether it was up to the court to decide issues like which bathroom transgender people should be allowed to use.

So, What can the LGBT community do? Well, the best chance we have in maintaining and broadening our rights can be to support the only party that has our backs. The Democrats. Are they perfect? No. But they fight for our rights and the rights of other oppressed minorities. They select Judges that support our right to thrive. They pass laws that expand our rights. They, indeed, have our backs.