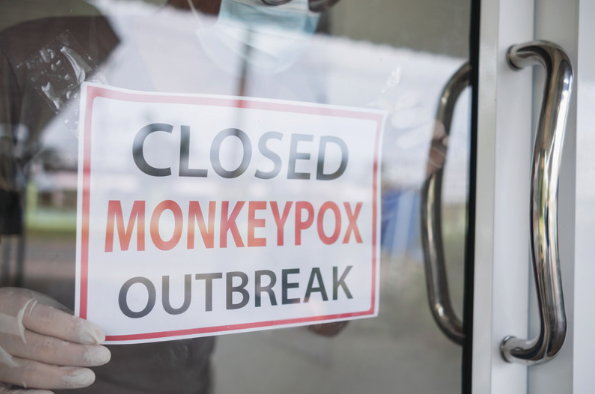 If you're old enough to remember when the news of a "gay cancer" started circulating in the early 1980's, you may get a bit of PTSD from the latest news about Monkeypox spreading among clusters of gay men. It is always concerning that minority communities will be ostracized due to ignorance and fear.

From The New York Times:

This weekend marks the end of Pride month, as cities across the country host events to celebrate the L.G.B.T.Q. community.

It is also a fraught moment in public health: A global outbreak of monkeypox is causing concern, with many of the cases clustered around men who have sex with men.

Experts are now trying to strike a delicate balance, warning people who may be at higher risk, without stigmatizing a community that has often been scapegoated for health scares in the past.

The first thing is wondering how did this virus, that has been circulating in Africa for many years, end up being spread in gay communities?

What likely happened in this case is that somebody who had monkeypox had a lesion and showed up at a gay rave in Europe, and it spread to those in that social and sexual network. And because the virus prefers close physical contact as a means of transmission, it found a very suitable environment for which to propagate itself.

So, should you be worried about the risk of being exposed to this?

People should know the facts. [The C.D.C. has a fact sheet about social gatherings and monkeypox.] We have 173 cases nationwide, but that’s likely to be the tip of the iceberg because it’s fairly difficult to get access to monkeypox testing, and we’re likely to have substantial spread among this network of gay men with multiple sexual partners in New York.

Take good care of yourself and think about your social interactions so you do not put yourself at risk of exposure.

If you have a fever or swollen glands or any sort of the early symptoms of monkeypox, and certainly if you see a lesion, you should go get tested and talk to your clinician. And don’t go to these events if you feel sick.