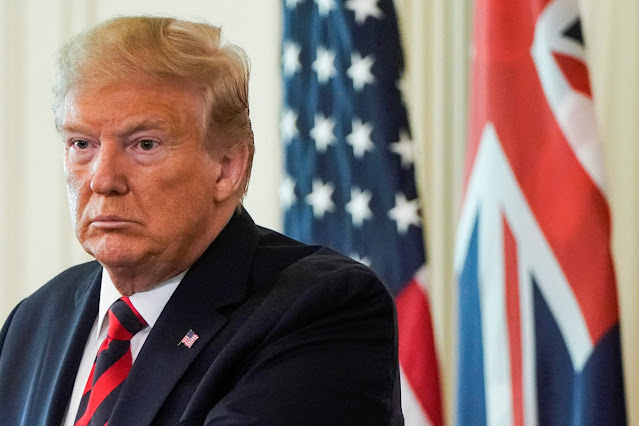 After all the violence and carnage of the last 4 years, it's only logical to hold him accountable.

With his impeachment trial set to begin this week, a narrow majority of Americans say they support the Senate convicting former President Donald Trump and barring him from holding federal office again, according to a new ABC News/Ipsos poll released Sunday.

Compared to public attitudes in the early days of his first impeachment trial, support for the Senate convicting Trump is higher now. In an ABC News/Washington Post poll published in late January 2020, when the first trial was ongoing but before senators had voted, 47% of Americans said the Senate should vote to remove Trump from office and 49% said he should not be removed.

But in this latest poll, 56% of Americans say Trump should be convicted and barred from holding office again, and 43% say he should not be. The new poll was conducted by Ipsos in partnership with ABC News using Ipsos' KnowledgePanel.