Trump openly and actively trying to steal the election!! 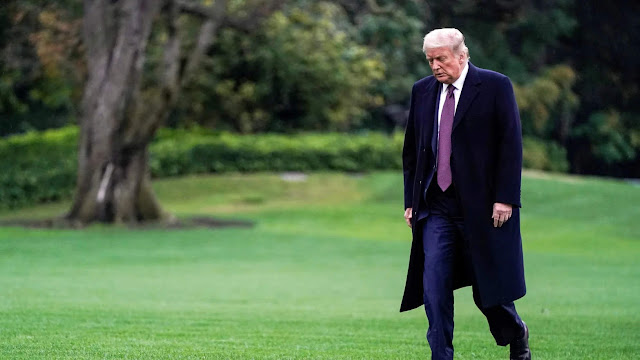 Trump couldn't win the election so now he's trying to steal it!!!

Via The New York Times:

After failing repeatedly in court to overturn election results, President Trump is taking the extraordinary step of reaching out directly to Republican state legislators as he tries to subvert the Electoral College process, inviting Michigan lawmakers to meet with him at the White House on Friday.

A source with knowledge of the trip said that Mr. Trump would meet with Michigan’s Senate majority leader, Mike Shirkey, and speaker of the House, Lee Chatfield, late Friday afternoon. Both lawmakers are Republicans who have said that whoever has the most votes in Michigan after the results are certified will get the state’s 16 electoral votes.

The White House invitation to Republican lawmakers in a battleground state is the latest — and the most brazen — salvo in a scattershot campaign-after-the-campaign waged by Mr. Trump and his allies to cast doubt on President-elect Joseph R. Biden Jr.’s decisive victory.