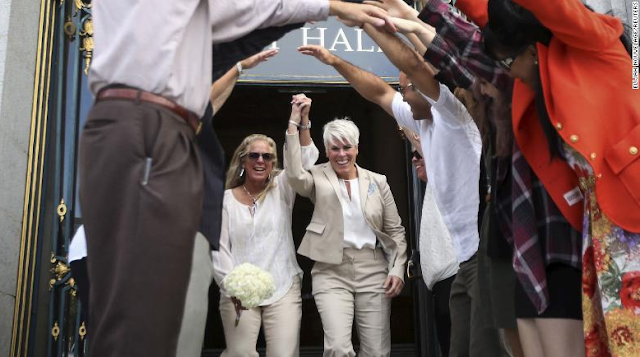 So, when gay youth can see they are accepted and respected, they find more reasons to live. Huh. It truly does get better!

State legalization of same-sex marriage appears to be linked to a decrease in adolescent suicide, based on a new analysis published today in JAMA Pediatrics. The results give more context to the potential effects of social policy on mental health.

But in states that did not legalize same-sex marriage, there was no change.