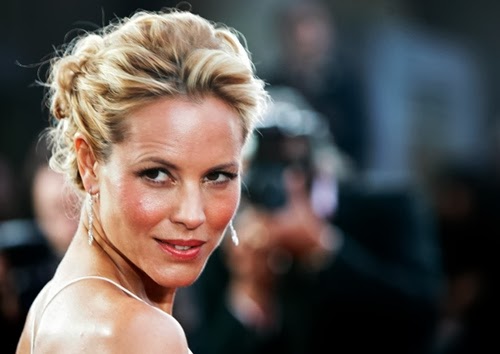 This is a surprise to me! I need to have my gaydar recalibrated. Maria Bello has been in some amazing films like "A History Of Violence" and, more recently "Prisoners." Good for her! Congratulations, Maria!  Your son is lucky to have an open and honest mother as a role model!

Maria Bello has come out as gay -- in a big way. The 46-year-old actress revealed she's been in a long-term relationship with her best female friend in a column that was published in the New York Times on Friday, Nov. 29. In the heartfelt passage titled "Coming Out as a Modern Family," the star shared the first time she opened up about her love life to her 12-year-old son Jackson.

One year earlier, Bello -- known for her work in Coyote Ugly and Grown Ups -- decided to give a relationship with her best friend a try. The realization happened when she was reading through her old journals in her California garden."I read about the handful of men and the one woman I had been in romantic relationships with, passages rife with pain and angst. It seemed when I was physically attracted to someone, I would put them in the box of being my 'soul mate' and then be crushed when things didn't turn out as I had hoped," she wrote.