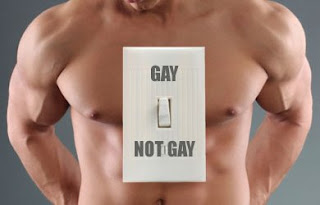 Make no mistake; These parents want to mentally abuse their child.  Conversion therapy has been completely discredited, even by conversion therapists.  This "therapy" has been proven to be harmful as well. If some idiot parent believes that arsenic is an effective drug for their child, should a doctor be allowed to administer it?


New Jersey's ban on gay conversion therapy--signed into law by New Jersey's Republican anti-marriage equality governor, Chris Christie just a little over two months ago--is facing a new lawsuit filed by a couple arguing that their constitutional rights are being infringed upon since they cannot pursue treatment for their 15-year-old son.

The suit filed in federal court in Camden on Friday is at least the second to attack the law. A separate suit that names two licensed therapists among its plaintiffs awaits a judge's ruling, said Demetrios Stratis, an attorney involved in both cases.The unidentified New Jersey couple claim in their suit that the law violates their rights to free speech and freedom of religion, as well as their 14th Amendment right to equal protection, by "denying minors the opportunity to pursue a particular course of action that can help them address the conflicts between their religious and moral values and same-sex attractions, behaviors or identity."