on September 05, 2013
Australian Prime Minister Kevin Rudd made minced meat of Pastor Matt Prater by pointing out his biblical hypocrisy.  It now seems that Pastor Prater is trying to minimize the fact that he is divorced and remarried.

Here is a screen shot of a cached version of the site from August 27th, 2013. 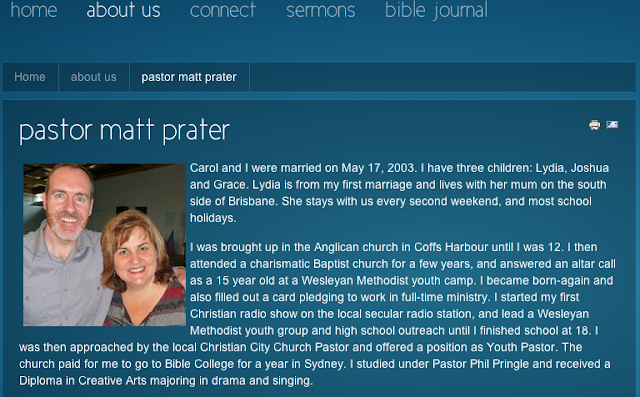 The first paragraph was:

"Carol and I were married on May 17, 2003. I have three children: Lydia, Joshua and Grace. Lydia is from my first marriage and lives with her mum on the south side of Brisbane. She stays with us every second weekend, and most school holidays."

This is a current screen shot of his bio page at http://www.newhopebrisbane.org/index.php/about-us/pastor-matt-prater 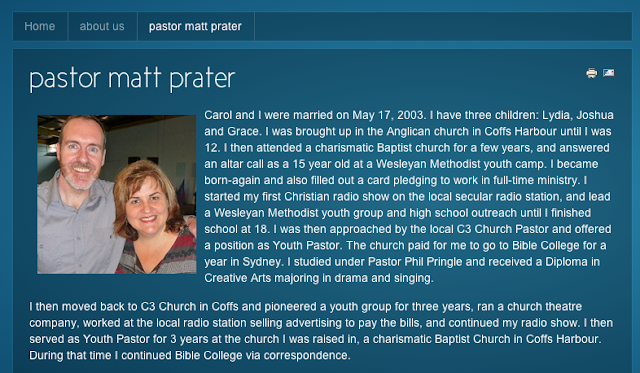 Where did the reference to his first marriage go?  Why was this changed?  The timing is interesting, to say the least!
Australia christian hypocrisy gay marriage Kevin Rudd marriage equality Pastor Matt Prater Prime Minister