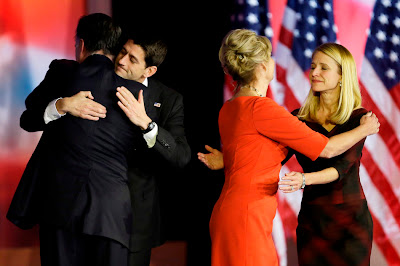 But, will they listen?  That is the question.  Reports are coming out that Romney and company were "shellshocked" because they did not realize that they could possibly lose.  They bought into the belief that all the polls, both national and state by state, were skewed in favor of democrats.  They thought they had the enthusiasm edge based on...nothing.  It follows in the footsteps of climate denial, birtherism, intelligent design etc...Facts do not get in the way of their beliefs until it is too late.

Rachel Maddow's video should be a wake up call for them.  Will it be?