on November 25, 2012
In praising Uganda passing new anti gay legislation, Brian Fischer of the AFA states that the same can be done again in the U.S.  He wants to go back to when gays were prosecuted for being gay.  This is what the enemy looks like.

Thanks to JoeMyGod for the hat tip:

He rightly points out that:

Homosexuality is just as illegal in Uganda today as it ever was, but don't let pesky little facts interfere with the American Family Association's crusade to see every LGBT American thrown in prison. 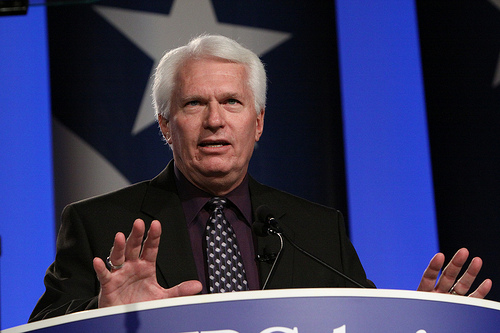