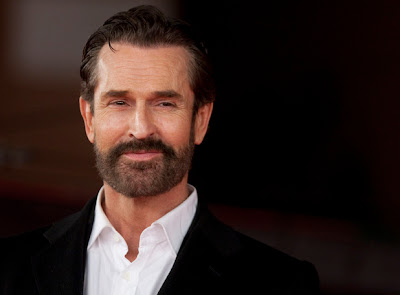 Wow!  He decides to spout his "opinion" without basing it on any facts, or studies that prove that in some cases, being raised by gay parents may even be better.  He seems to equate gays raising children to the fact there are "too many children on the planet".  Wouldn't these children be better off being raised by gays and lesbians than in foster homes? Just saying.

The star of the 1998 film Shakespeare in Love blazed a trail for gay actors when he came out as homosexual 20 years ago.
However, he has been criticised by gay rights groups after giving an interview in which he decried same-sex couples who have children.
The 53-year-old told the Sunday Times Magazine that his mother Sara had met his boyfriend but “still wishes I had a wife and kids.”
“She thinks children need a father and a mother and I agree with her,” he said. “I can’t think of anything worse than being brought up by two gay dads.
“Some people might not agree with that. Fine! That’s just my opinion."
Oh Rupert, your "opinion" is simply wrong.  Your words carry weight and right now, your words are damaging gay and lesbian families.  Your uninformed "opinion" feeds the right wing radicals who will use your quote and run with it.  You are such a disappointment!
gay families internalized homophobia rupert everett