Is Mitt Romney "Lying For The Lord"? 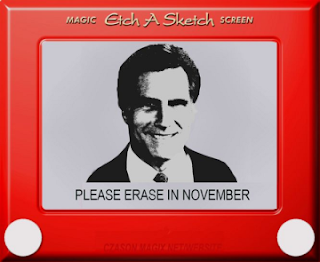 Mitt Romney has said that his "Mormon Values" are what let him into politics.  We hear that from many politicians, but many religions don't have the concept of "lying for the lord".  The concept states that lying is acceptable if it advances the interests of the Mormon faith.  This brings a whole new understanding of Mitt's constant changing of his positions on almost every issue over the years, during the primaries and now in the general election.  Will he say anything to win the presidency?  If so, it looks like he has the blessing of his church to do just that.

It's a Mormon thing. It's called Lying for the Lord. And it's a tenet of the Mormon faith that, Mormons think, gives them to the right to tell you a bald-faced lie, so long as it's a lie that somehow furthers the Mormon cause.What else to call the Mormon's laughable statement today that their posthumous baptism last year of President Obama's mother was a "rare" mistake that might have been done by "pranksters."