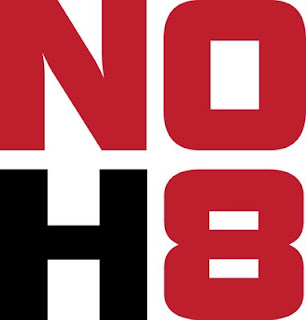 Do you see what I did there?  I described the situation accurately.  Both sides in this story are wrong; The Family Research Council for spreading lies and hatred about the gay community and the idiot "gay activist" who reacted to that hatred with violence.


A security guard at the Family Research Council was shot and wounded Wednesday morning after a scuffle with a man who expressed disagreement with the group’s conservative views in the lobby of the group’s headquarters in downtown Washington, authorities said.
D.C. Police Chief Cathy Lanier said the shooter walked into the lobby of the building at about 10:45 and was confronted by the security guard as if the guard were asking him where he was going.
The man then took out a gun and opened fire on the guard, Lanier said. The guard and others wrestled the man to the ground, disarmed him and waited for police, she said. The guard was then taken to the hospital and is in stable condition, the chief said. FBI officials said the guard was shot in the arm.
The point of all this is DON'T RESPOND TO ANTI-GAY HATRED WITH VIOLENCE!!!

John Avarosis at AmericaBlog makes the point that the FRC has a 20 year track record of ruining the lives of the LGBT community.  We as a community need to make that point over and over again, while condemning violence of any kind, including gay bashing!
family research council gay hatred gun violence pro gay terrorism