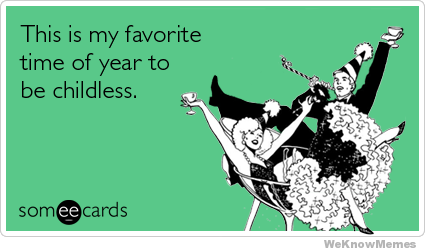 I believe in reincarnation.  I believe that this is one of many lives that I have lived and will live.  In this life, I have chosen to not have children.  I do not regret this decision.  I live with my Husband of 19 years.  We have a great life together.  We are childless and content.  perhaps in the next life.

Michelangelo Signorile makes the point of not wanting children and being happy with his life.  As gay marriage becomes more acceptable, so does gay parenting and the pressure gay couples feel to have children.  I'm with Michelangelo.  If you don't want children, don't have them.  Don't fall into the false belief that having children will make your life complete.   Only you can do that.

I do not want kids. I never wanted kids. Even as a kid.
Don't get me wrong: I'm really happy for my gay and lesbian friends who've always wanted kids and who now have them. I like children; often find them fascinating, cute, and cuddly; and have nieces and nephews I adore. I just wouldn't want to spend a lot of my time raising them, and though each of us could master things we might think we couldn't, I don't think I'm particularly well-suited to it. Why do something just because you might be able to do it?
There have always been blessings and curses to being queer in America. As far as I'm concerned, one of the blessings is that having kids is not only not expected but, for gay men especially, difficult to do. As a result, you can focus much of your life on work you love, and on other creative, intellectual, and political endeavors, and not get caught up in these "having it all" debates. When I first came to realize I was gay in my early teens, one of the things that went through my mind, amid the self-loathing and the fear, was, "Whew! I do not have to have kids."
I know there are many straight people like me, and, sadly, a lot of them have kids anyway. They're loath to admit that they didn't want to have kids, except when you're sitting around with them late at night, having a few drinks. Their kids don't necessarily turn out bad; some turn out to be highly successful and productive people. But what of the parents and their lives? Even as they now love their children and speak of "rewarding" aspects, they really didn't want to spend their lives raising children -- they've told me so -- but they did it just because they felt that they had to do it. It was what was expected.
childless gay couples no kids