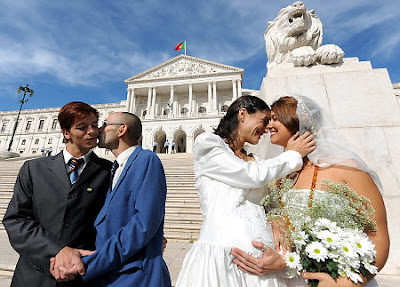 The sky isn't falling, the state hasn't sunk into the Atlantic, and straight marriage is still in tact...no thanks to straight people.  However, NYC has made several hundred million dollars due to gay marriage.  Gay marriage has created more jobs than Mitt Romney!!
Via Huffington Post:
One year after New York passed the historic Marriage Equality Act, granting same-sex couples the right to marry, passage of same-sex marriage, a new report reveals law has generated $259 million in economic impact in New York City alone.
Mayor Bloomberg said in a statement released on Tuesday:

Marriage equality has made our City more open, inclusive and free – and it has also helped to create jobs and support our economy. New York has always been a great place to get married and since the passage of the Marriage Equality Act, we’re welcoming more and more couples, their families and friends from around the country and the world.