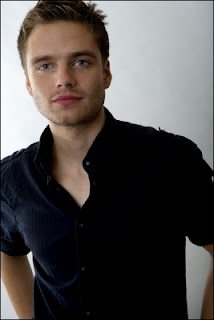 Hot actor Sebastian Stan plays the son of the former president.  He (the character) is Gay...and hot.

Via Back2Stonewall:
You may have seen the promo’s for Political Animals starring Sigourney Weaver as a Clinton-esque former First Lady-turned-Secretary of State with a cheating husband which premieres this Sunday on the USA Network.
But also part of the show is a gay storyline about Weaver’s characters openly gay son played by the sizzling Sebastian Stan who it seems is up to making his own share of trouble for the former first lady.
Watch the clip below
political animals Sebastian Stan sigourney weaver