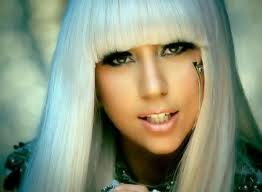 If we're lucky!!  Just kidding. Lady Gaga and Office Depot are just trying to protect the kids who are gay from bullying...or anyone who is being bullied for whatever reason.  Of course, the Florida Family Association thinks this will cause teens to "embrace homosexuality".  They still think people choose to be either gay or straight.  Maybe like many homophobes, they are actually closet cases who made the choice to pretent to be straight and they think everyone is like them.
Via Huffington Post:
Office Depot officials say they hope to create a "braver, kinder school year" for students by partnering with Lady Gaga's Born This Way Foundation, but one right-wing organization is less than thrilled by the new collaboration.
As Right Wing Watch reports, the Florida Family Association (FFA) slammed Office Depot's decision to back the pop star's lesbian, gay, bisexual and transgender (LGBT) youth-supporting cause, demanding that the retail outlet rescind its reported $1 million donation because Lady Gaga sends an "irresponsible message to many teens who would have eventually chosen to be straight."
"The one million dollar pledge from Office Depot to the Lady Gaga Born this Way Foundation will influence many teens to embrace homosexuality for their lifetime who may have otherwise worked through their crisis with straight results," FFA officials write on their website before urging readers to send an email to Office Depot authorities expressing their distaste for the project.
They continue: "Thousands of kids who might have otherwise worked through their pubescent sexual identity issues will be inspired to accept the wrong choice based upon this unscientific, emotionally charged propaganda. What’s brave or kind about telling thousands of sexually frustrated teens that they were Born This Way when a high percentage of them would have ended up taking the straight heterosexual path for life?"