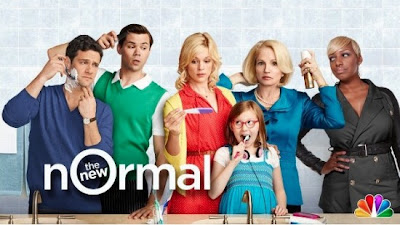 Is it just me or does is seem like the homophobes are having to boycott more and more companies while  pro gay groups are boycotting less and less.  Hey homophobes, things aren't trending well for you.  I guess that really is "The New Normal".
Via ThinkProgress:
One Million Moms has announced its latest protest: NBC’s The New Normal, a sitcom about a committed gay couple who hire a surrogate so they can have a child. The show doesn’t even premiere until September, but the hate group thinks it’s “harmful” enough that the show will have gay content at all [emphasis is original]:

NBC is using public airwaves to continue to subject families to the decay of morals and values, and the sanctity of marriage in attempting to redefine marriage. These things are harmful to our society, and this program is damaging to our culture. [...]
Millions of Americans strongly believe that marriage should be between one man and one woman. NBC’s “The New Normal” is attempting to desensitize America and our children. It is the opposite of how families are designed and created. You cannot recreate the biological wheel.