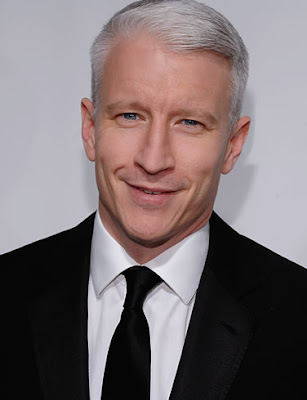 The shocking revelation that everyone already knew.  Good for you Anderson!

Anderson Cooper has, at long last, publicly said he is gay.
Cooper made the announcement in an email to writer Andrew Sullivan.
"The fact is, I'm gay, always have been, always will be, and I couldn’t be any more happy, comfortable with myself, and proud," he wrote.
Cooper's sexuality has long been the subject of ample media speculation, but he has never publicly confirmed it -- a fact which he also seemed to address in the email to Sullivan:

"I have always been very open and honest about this part of my life with my friends, my family, and my colleagues. In a perfect world, I don't think it's anyone else's business, but I do think there is value in standing up and being counted. I’m not an activist, but I am a human being and I don't give that up by being a journalist."