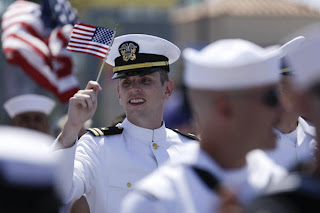 
SAN DIEGO -- Some of the loudest cheers Saturday at San Diego's gay pride parade were for active-duty troops marching in military dress, the first time that U.S. service members participated in such an event while in full uniform.
Dozens of soldiers, sailors, and Marines marched alongside an old Army truck decorated with a "Freedom to Serve" banner and a rainbow flag. They were joined by dozens more military personnel in civilian clothes, but the uniforms stood out among the flower-bedecked floats and scantily clad revelers.
Spectators waved signs reading, "Thank you for your service." A woman held a placard that said: "My gay son is a Naval officer."
"Today is so important," said Navy Lt. Brian McKinney, who marched with his civilian partner, Hunter Hammonds. "It's about putting on my uniform and taking pride in my service, my fellow service-members, my family and myself. It's something I'm incredibly thankful for."
More Photos: 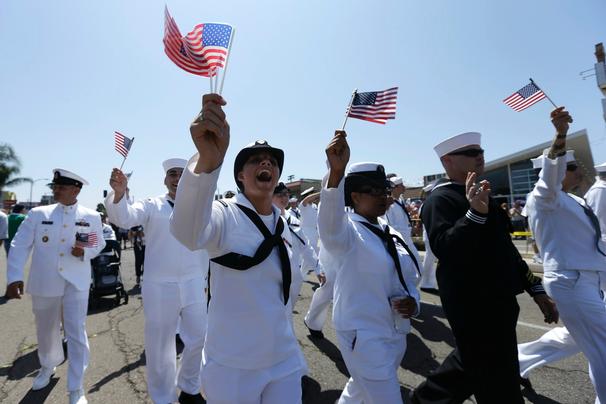 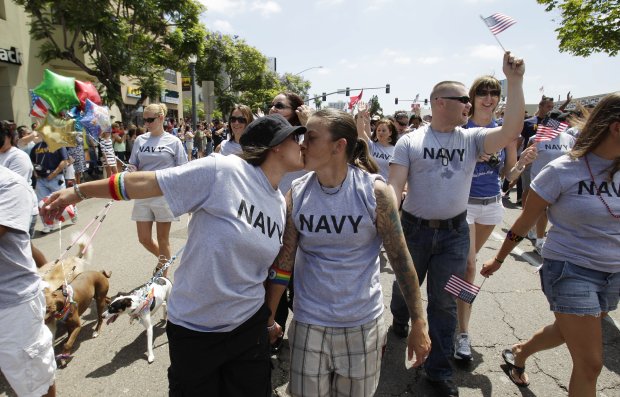 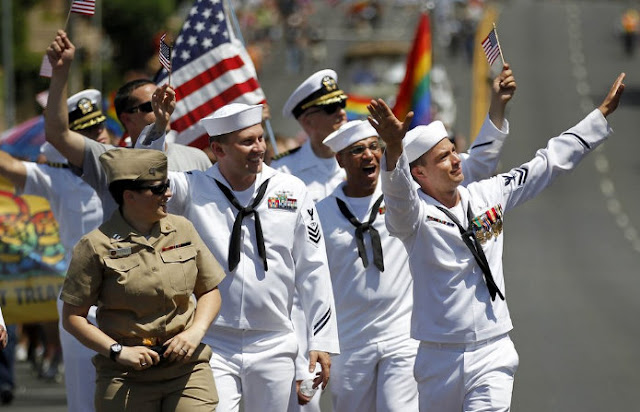 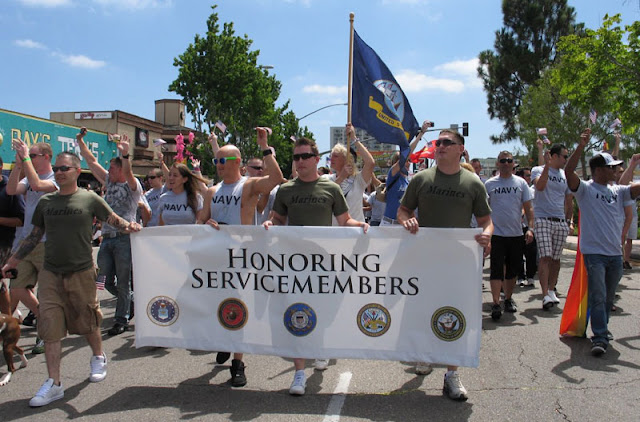 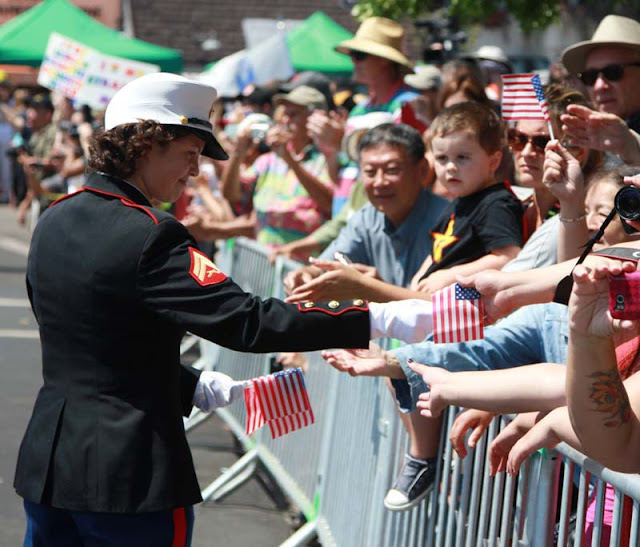