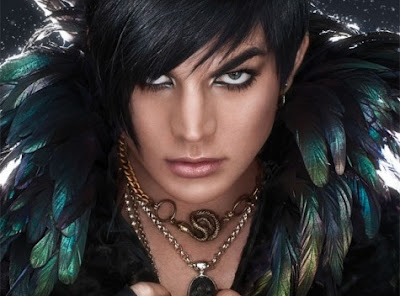 Out gay artists are the new normal.

Adam Lambert is making history this week by reportedly becoming the first openly gay male artist to top the Billboard album charts.
As Billboard's Keith Caulfield is reporting, Lambert snagged the No. 1 spot with his sophomore effort, "Trespassing," which sold 77,000 copies, according to Nielsen SoundScan. Interestingly, it's a case of one "American Idol" alum replacing another, as Lambert's chart debut toppled Carrie Underwood's "Blown Away," which drops to No. 3.
Including Underwood, Lambert is the seventh "American Idol" finalist to reach No. 1, following Kelly Clarkson, Ruben Studdard, Clay Aiken, Chris Daughtry (of Daughtry) and Scotty McCreery, according to Billboard.
But Lambert's chart triumph is also historic, as it marks the first time an openly gay male performer has accomplished that feat. As AfterElton notes, "Other gay performers such as Elton John and George Michael have hit No. 1, but only before they came out, and they haven't managed that honor since."
adam lambert billboard number 1 openly gay out artists