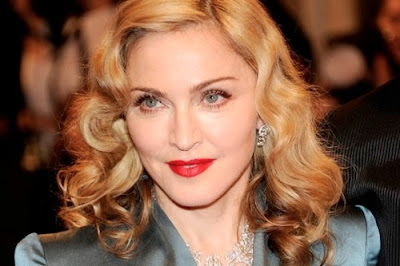 This could get very interesting!  Now that she has announced her intentions to speak out for gay equality in St. Petersburg this coming August, what will government officials there do?  Will they somehow block the concert from happening?  Will they wait until she makes pro gay statements and then attempt to prosecute her for violating the new law?  I know I will be watching!!
Via Huffington Post:
Madonna will use her upcoming performance in Russia to speak out against St. Petersburg's controversial "gay propaganda" law.
"I will come to St. Petersburg to speak up for the gay community and to give strength and inspiration to anyone who is or feels oppressed," the Material Girl, 53, told Bloomberg Businessweek in an email yesterday. "I'm a freedom fighter."
Madonna's announcement came on the heels of the release of her new "Girl Gone Wild" video, which features barely-dressed male dancers in sweaty, homoerotic embraces. The track is the second single off the pop star's forthcoming album "MDNA," which has already been hailed as "a collection of thoroughly pumping pop tunes, some of which are slices of sheer brilliance," by Billboard magazine.
"I don’t run away from adversity," Madonna, who is scheduled to perform in St. Petersburg on Aug. 9, said in the email. "I will speak during my show about this ridiculous atrocity."
Last month, St. Petersburg Governor Georgy Poltavchenko signed the controversial law, which effectively criminalizes reading, writing, speaking or reporting on anything related to lesbian, gay, bisexual or transgender (LGBT) people. Violators of the law -- which outlaws all LGBT Pride events -- reportedly could face fines anywhere between 5,000 ($171) and 500,000 rubles ($17,000).
The law states that LGBT "propaganda" promotes "the false perception that traditional and nontraditional relationships are socially equal," according to Bloomberg.

The author of the "gay propaganda" bill in St. Petersburg is threatening to attend Madonna's concert and prosecute if necessary.

He man behind St. Petersburg, Russia's gay "propaganda" bill is threatening Madonna over her plans to speak out against the law when she comes to the city for a concert, ABC News reports.The bill’s author, city assemblyman Vitaly Milanov, says he wants Madonna charged under the new law if she speaks out against it during her concert. He said he was willing to attend the show “to control its moral content.”

“I’m ready to personally suffer a couple of hours of her concert,” he told the Russian Interfax news agency.