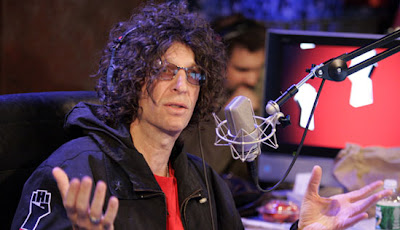 Another sign that popular culture is massively shifting toward justice and equality for the LGBT community.  When someone as influential as Howard Stern takes this issue on with such passion, it speaks volumes to the progress that we have made!!  Despite the recent increase in anti-gay extremism, life is getting better for the LGBT community in this country.


You can't see this dude, but we're giving you a standing ovation.
A guy like Howard Stern, with such a widespread audience and recognizable personality, has a lot of pull in this world. What he says a lot of people hear — and more importantly, listen to. So we were nothing but proud to hear him go off on the homophobes of this country who dare to have problems with the gay community on his radio show Monday morning. From the JcPenney people who are boycotting because of Ellen DeGeneres to the mid-western women who have created a group called "No Homo," Howard doesn't hold back in his distain for them and further, let's people like David Letterman (who recognizably has a problem with Rosie O'Donnell) really have it.
Check out the video (above) to hear King Howard speak reasonably and passionately about supporting the rights and equal treatment of gays.
Thanks, Howie! You're alright in our book!


Hear the audio below.