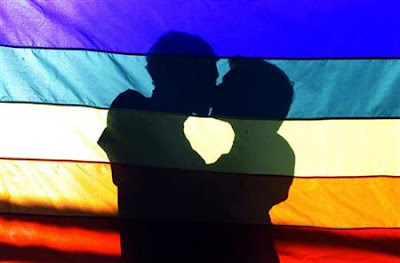 "Thrilled" does not begin to describe how I feel about this decision!!  The wording of the majority opinion below is so gratifying!


In a 2 to 1 ruling, the Ninth Circuit Court of Appeals has affirmed Judge Walker’s decision declaring that Proposition 8 violates the Due Process and Equal Protection Clauses of the Constitution. From Judge Stephen Reinhardt’s majority opinion:

– All Proposition 8 accomplished was to take away from same-sex couples the right to be granted marriage licenses and thus legally to use the designation of ‘marriage,’ which symbolizes state legitimation and social recognition of their committed relationships. Proposition 8 serves no purpose, and has no effect, other than to lessen the status and dignity of gays and lesbians in California, and to officially reclassify their relationships and families as inferior to those of opposite-sex couples. The Constitution simply does not allow for “laws of this sort.”
– The People may not employ the initiative power to single out a disfavored group for unequal treatment and strip them, without a legitimate justification, of a right as important as the right to marry.
– That designation [of marriage] is important because ‘marriage’ is the name that society gives to the relationship that matters most between two adults. A rose by any other name may smell as sweet, but to the couple desiring to enter into a committed lifelong relationship, a marriage by the name of ‘registered domestic partnership’ does not.
– A law that has no practical effect except to stip one group of the right to use a state-authorized and socially meaningful designation is all the more “unprecedented” and “unusual” than a law that imposes broader changes, and raises an even stronger “interference that the disadvantage imposed is born of animosity toward the class of persons affected.”

The Court clarified that their ruling is “unique and strictly limited” to California’s Proposition 8. Supporters of the measure can now either ask for a hearing before the full circuit or appeal the decision to the Supreme Court. It’s likely that the courts will maintain a stay on Walker’s ruling, preventing same-sex marriages from taking place.
Read the decision HERE.
gay marriage prop 8