Homophobic Teacher May Lose Her Job 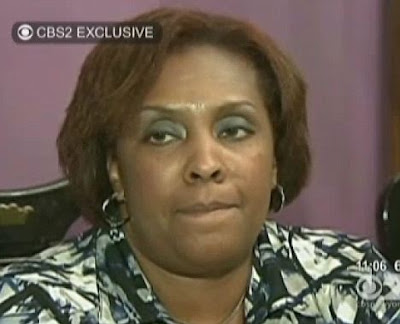 This is probably the only time that "family values" folks won't be screaming "what about the children?"
I'm sure that there will be, as usual, the cries of "religious discrimination" because the soon to be (hopefully) former teacher can't spew her anti gay hatred without any retaliation.  She is currently in a position to have an influence over many young students, some of whom are gay.  Those students deserve the freedom from her bigotry while they develop a sense of self worth.  I don't like to wish unemployment on anyone in this economy.  I guess the lesson here is there are consequences to your actions and your words.
Via The Advocate:
A New Jersey high school teacher who ranted on Facebook about the supposed evils of gay people may be removed from her position, as her school board files tenure charges against her.
Viki Knox is currently on administrative leave afterunleashing a torrent of antigay postings in October. Responding to a display related to LGBT History Month, she called homosexuality a "perverted spirit" and a "sin" that "breeds like cancer." In late December, the Union Township school board filed formal tenure charges against the longtime teacher, which could be the first step in firing Knox.
"Every student, no matter what race, creed, color, or sexual orientation ought to be able to come to school and feel comfortable in a learning environment that’s welcoming and nurturing," school board president Francis Perkins told NJ.com.
Facebook homophobia viki knox