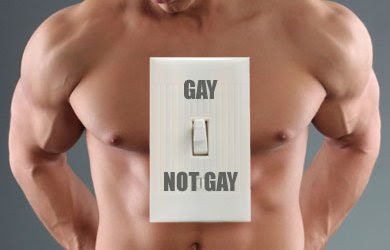 Wow!  NARTH, the organization that supposedly claims to be able to "cure" gay people from being gay, has now "lowered the expectations" of what they are able to do.  Check out the semantics of this statement.

The National Association for the Research and Therapy of Homosexuality (NARTH) issued a statement last week on “Sexual Orientation Change” that attempts to downplay the poor success rates and negative PR surrounding ex-gay therapy — not to mention the harmful impact it has on clients. Without any empirical research to support its conclusions, NARTH advocates redefining the very standard of “change” from an absolute category to a client-defined goalpost on a supposed continuum of change:


NARTH affirms that some individuals who seek care for unwanted same-sex attractions do report categorical change of sexual orientation. Moreover, NARTH acknowledges that others have reported no change. However, the experience of NARTH clinicians suggests that the majority of individuals who report unwanted same-sex attractions and pursue psychological care will be best served by conceptualizing change as occurring on a continuum, with many being able to achieve sustained shifts in the direction and intensity of their sexual attractions, fantasy, and arousal that they consider to be satisfying and meaningful. NARTH believes that a profound disservice is done to those with unwanted same-sex attractions by characterizing such shifts in sexual attractions as a denial of their authentic (and gay) personhood or a change in identity labeling alone.