"Smash" A Grown Up Glee on NBC 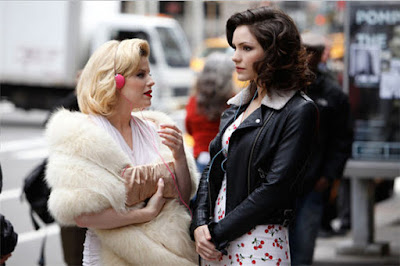 This so confirms how gay I really am!!  I just watched this extended preview for the upcoming NBC series "Smash" and it is already my favorite new show!!

Debra Messing, Anjelica Huston, former American Idol contestant Katherine McPhee, Broadway, Kate Clinton, and Steven Spielberg are just a few of the names involved in the forthcoming NBC drama Smash, which I posted about back in May.
The show's drama revolves around the mounting of a Broadway musical, and NBC has just put out a seven-minute promo on the show featuring footage and interviews with the cast and producers. It appears to be shaping up as a must-watch.