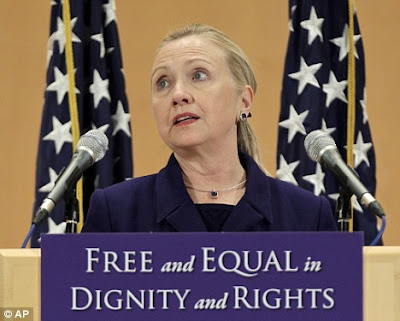 2011 was a very good year for gay rights!  It was very encouraging to see more and more people around the globe accepting of gays and lesbians.  It was very heartening to watch Hillary Clinton proclaim that "gay rights are human rights and human rights are gay rights".  There were setbacks as well, especially in Africa.  As Martin Luther King said “The Arc of the Moral Universe Is Long, but It Bends Toward Justice”

Via ThinkProgress.org:
MSNBC’s Thomas Roberts looks back at the year that was in LGBT news. Here are some of his highlights and our reporting from this “banner year” for equality:

Dec. 6: Obama administration pledges to prioritize LGBT equality in its foreign policy and directs agencies to help LGBT refugees. Secretary of State Hillary Clinton delivers a speech in Geneva, in which she reminds the leaders of the world that “gay rights are human rights.” 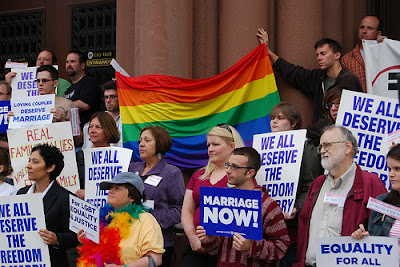